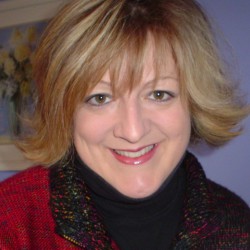 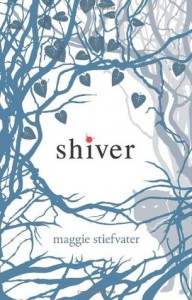 Despite paranormal romance not being my favorite genre, I've been wanting to read this book forever due to praise I've heard from Goodreads friends. And it didn't disappoint.

Grace is an old soul stuck in a teenager's body. She and her parents live in the frigid Minnesota wild, on the border of a forest where she sees wolves watching her. One yellow-eyed wolf stands out in particular -- maybe he saved her once from the pack killing her?

When the wolf shows up on her back stoop, naked in his human form after being hunted in the woods . . . that's when the fun begins. Sam and Grace already have a deep connection and they barely know each other.

I was suddenly struck by how dissimilar we were. It occurred to me that if Grace and I were objects, she would be an elaborate digital clock, synced up with the World Clock in London with technical perfections, and I'd be a snow globe -- shaken memories in a glass ball.

Describing yourself as a snow globe? That is so cool. The descriptions in this story are lyrical and vivid:

His lips tasted cool and sharp, peppermint, winter, but his hands, soft on the back of my neck, promised long days and summer and forever.

It was as if I had thought all along I was a complete picture, and Sam had revealed that I was a puzzle, and had taken me apart into pieces and had put me back together again. I was acutely aware of each distinct emotion, all fitting together tightly.

Including the temperature readings under each title was a nice touch since temperature played such a big role in the werewolf lore of this story.

Other readers have told me this series disappointed them after book one, so I'm not sure I will continue. If you've read all three books, what did you think?
Tweet